Upgrade to 5* hotels available upon an additional cost

Writers, travellers, artists, photographers, and filmmakers have tried to capture the magic of the French capital for hundreds of years. Time and time again, they have failed.

It may be possible to understand and admire the magnificence of its architectural splendours, the appeal of its long tree-lined boulevards, and the draw of its vast, green parks, but that unique feeling of strolling through this open-air museum on a clear night cannot be reproduced by any medium. Paris is a city that must be experienced first-hand.

Instantly recognisable for its iconic architecture, the City of Light is a vibrant metropolis in constant change. Though perennial monuments like the Eiffel Tower, Arc de Triomphe, and Notre Dame Cathedral are a must, as are world-renowned museums such as the Louvre and Musée d’Orsay, there are wonders to be found on every corner. From the trendy bars, boutiques, and galleries of Marais to the artsy and bohemian feel of Montmartre to the grandiose elegance along the Seine – there is plenty for all tastes, a full range extending from earthy grit to over-the-top sophistication, but always with an emphatic and inimitable Parisian flavour.

A pioneer in design of all kinds, Paris is consistently at the forefront of innovation in everything from the arts and culture to fashion and gastronomy. Be it for shopping, dining, or sightseeing, it is hard to find a better place than this, the world’s most visited city.

Explore the city like a local and discover the top things to do and see in Paris, as well as the best restaurants, bars, nightclubs, cafes, and hotels the City of Light has to offer, with our comprehensive, up-to-date, and free Paris travel guide.

Meet your private driver at Paris CDG airport, in the arrivals hall

Private transfer to your hotel.

Inspired by the famous movie “Midnight in Paris”, signed by iconic NYC director, Woody Allen; this tour on a vintage Citroen DS car, will take you for 1 hour around the lights of Paris at night.

See Paris in style by traveling through the city in a vintage open-top Citroën DS. In the company of just your party and a guide, imagine you’ve traveled back in time as you soak up the sights of the Champs-Elysées, Eiffel Tower, Louvre museum, Montmartre, Latin Quarter, Moulin Rouge cabaret, and more.  Four people can fit in the car.  Get insights and local tips from your guide. See the city in style and with class in a vintage car.

The meeting point will be at Place de La Concorde, in front of the main entrance of le Jardin des Tuileries

Stop At: Champs-ElyseesCross the most beautiful avenue in the world aboard an iconic french car; Arc de Triomphe Driving around the most iconic arch of Triomphe, and craziest round about of Paris. Admiring the architecture;  Eiffel Tower Explanation of the architecture from the most iconic monument of Paris. Stopping by for beautiful pictures, and memorable souvenirs. (Entrance not included);  Invalides passing by the Hôtel national des Invalides and the tomb of Napoleon; Pont Alexandre III; the Champs-Élysées quarter with those of the Invalides and Eiffel Tower. The bridge is widely regarded as the most ornate, extravagant bridge in the city. Drive then toward Grand Palais, passing by the most beautiful exhibition center, with glass roof. It is a large historic site, exhibition hall and museum complex located at the Champs-Élysées built by Gustave Eiffel. Stop at Place de la Concorde, driving around the iconic obelisk of Luxor, Ancient Egyptian obelisk standing at the centre of the Place de la Concorde in Paris. Stop then at Place-Vendome. It is the starting point of the rue de la Paix. Its regular architecture and pedimented screens canted across the corners give the rectangular place Vendôme the aspect of an octagon. The original Vendôme Column at the centre of the square was erected by Napoleon I to commemorate the Battle of Austerlitz. Stopping for pictureat Palais Garnier Explanation of the architecture from one of the most iconic monument of the Haussman district in Paris. Stop at Louvre Museum (no entrance), explanation of the famous museum Louvre, and the palace which was originally a fortress built in the medieval period, it became a royal palace in the fourteenth century under Charles V. Stopping for pictures. 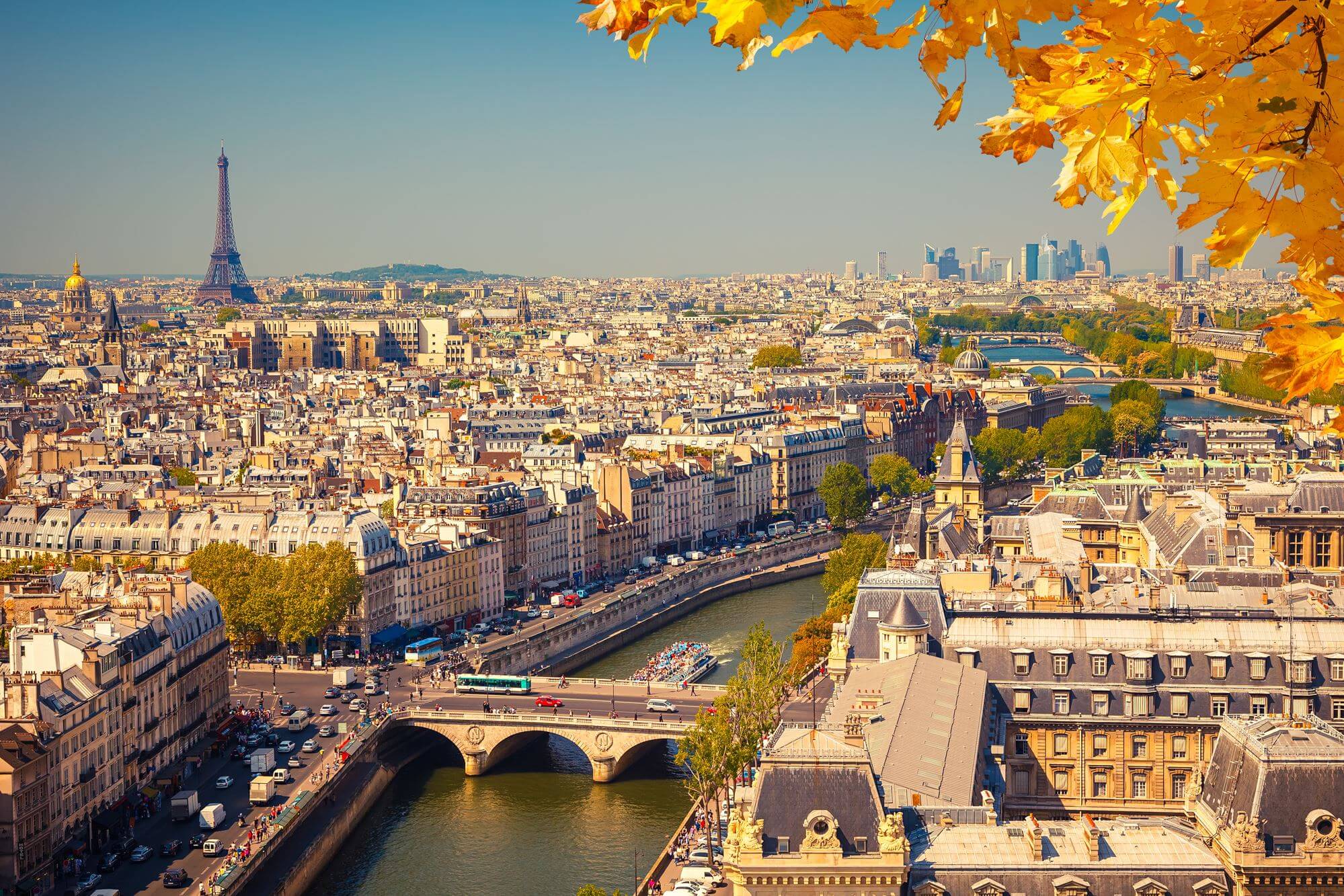 Only the sound of water lapping against the hull might be heard if one listens closely. Not a single vibration from the engines to disturb the meal, allowing the passengers to float down the river as if in a bubble during the 2-hour cruise on the Seine.

Departure of the boat at 8:30pm sharp
A 2h00-journey on the Seine river

Note: Menus are subject to change depending on the availability of the produce. If you suffer from a food allergy, intolerance or have any particular dietary requirements, please let our teams know upon making your reservation.

The night reveals another facet of Paris, this time adorned with thousands of lights. In silence, the boat slips into the city and offers a gentle and ecological way to see the French capital from another angle.

At the table, chef Pierre Marty offers a culinary experience based on a multiple choice menu. Our sommelier will help you choose the best pairing amongst the selection of nearly a 100 wines, ranging from great classics to up-and-coming references.

This delicious journey ends in front of the Eiffel Tower.

Meet your driver at the arrival lane

Enjoy a walking tour at own leisure in Reims to discover this magic town and its heritage.

Le Parc is a grastronomic Michelin Starred (**) restaurant, inside the Domaine Les Crayères, in Reims.

I come from the Sarthe. I spent my week-ends and holidays on the farm with my uncle and my grandmother who were farmers. I was lucky enough to be able to grow and sample food grown on their land and discover the scents of vegetables from the kitchen garden, the fragrance of fruit from the orchard and the flavour of farm-reared free-range chicken. That allowed me to train my palate on what are the foundations of cuisine. My first memories were of the dishes that my grandmother used to make, of the stew simmering on the wood-burning cooker, of a kitchen full of cooking smells and of our own farm-reared chicken boiled with garden vegetables. I also remember the fish that my father would cook when he spent his Sunday mornings in the kitchen to make dishes for us to taste. I was trained at L’Aubergade restaurant in Pontchartrain under Jean Bordier, at Le Drouant under Louis Grondard, at Le Pré Catelan under Frédéric Anton, at Lasserre and then at the Ritz under Michel Roth, at Le Scribe and then at Le Meurice under Yannick Alléno, with whom I won the Bocuse bronze medal at the Bocuse d’Or. I was exceptionally lucky to meet these great chefs: they all passed on to me their knowledge, philosophy, their passion and their vision of cuisine. My cuisine? Pleasure, generosity, gourmandise, childhood memories, a respect for your ingredients and seasonal produce, in short, a cuisine that is pared down and aims at the heart of the matter.

How do you go about selecting your ingredients?

Nowadays we are able to get live langoustines. I work with a supplier in Reims who purchases them directly from fishermen in the ports of Le Guilvinec, Loctudy and Saint Guénolé. We have them on the menu all year long.

What is your Chef’s secret to preparing your star ingredient?

Langoustines cover a range of different sizes and cooking methods, offering a whole creative palette of truly interesting dishes. We serve it as a carpaccio, a tartare or roasted, and combine different degrees of cooking to obtain contrasting textures. Most recently, I offered a smoked blancmange topped with an herb-coated langoustine poached in seawater, garnished with a nasturtium leaf coulis and a little Sologne caviar to bring out the “ocean” flavor. 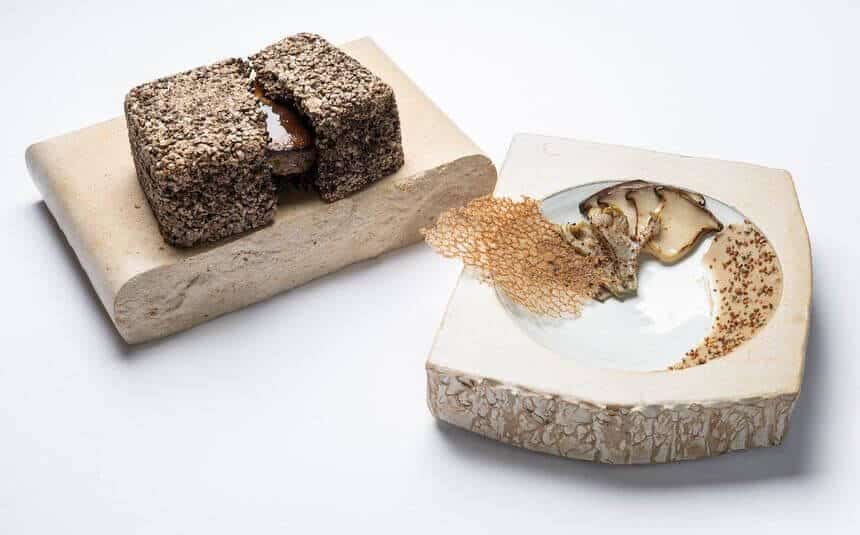 Enjoy a promenade through UNESCO-registered Champagne: our guides will be at your disposal during an 8-hour private tour, in a comfortable minivan. As locals, they know the Champagne region and its surroundings like the back of their hands, we will assist you and take you to the best places of interest, as well as to restaurants and wineries.

In our private tours, you will be welcome as a friend: we want you to enjoy a relaxing day and let us worry about the rest. Our team will be happy to answer to all of your questions and will give you recommendations beforehand as well as during your stay, in order to design the perfect private tour, meeting all your expectations.

All our guides are licensed and bilingual. Each of them will give you a detailed historical and architectural tour of the highlights and hidden treasures of Champagne. He or she is qualified and entitled to take through the historical towns and monuments of Reims and Epernay, show you the glorious rolling-hill vineyards of the Marne Valley, and, of course, around the notorious champagne houses as well as more family-run wineries.

All our guides are licensed and bilingual. Each of them will give you a detailed historical and architectural tour of the highlights and hidden treasures of Champagne. He or she is qualified and entitled to take through the historical towns and monuments of Reims and Epernay, show you the glorious rolling-hill vineyards of the Marne Valley, and, of course, around the notorious champagne houses as well as more family-run wineries.

Our philosophy being to be serious without taking ourselves too seriously, our guides will not give you a lecture but will take you as a friend and in a relaxed way, reveal plenty of anecdotes about our kings, castles, vineyards and will tell you about our daily life in this beautiful region.

Food, bubbles and heritage, is there any better combination! All of our guides love eating and talking about food, but not only: they are professional licensed multilingual guides, and will make you discover our marvellous Champagne region like no other can: they will fill you in on lots of anecdotes and take you through stunning Grandes Maisons de Champagne (Veuve Cliquot, Taittinger, Pommery, etc…) and lovely authentic French towns (Reims, Epernay…).

Here are some options to give you a taste of what we offer:

This tour doesn’t include 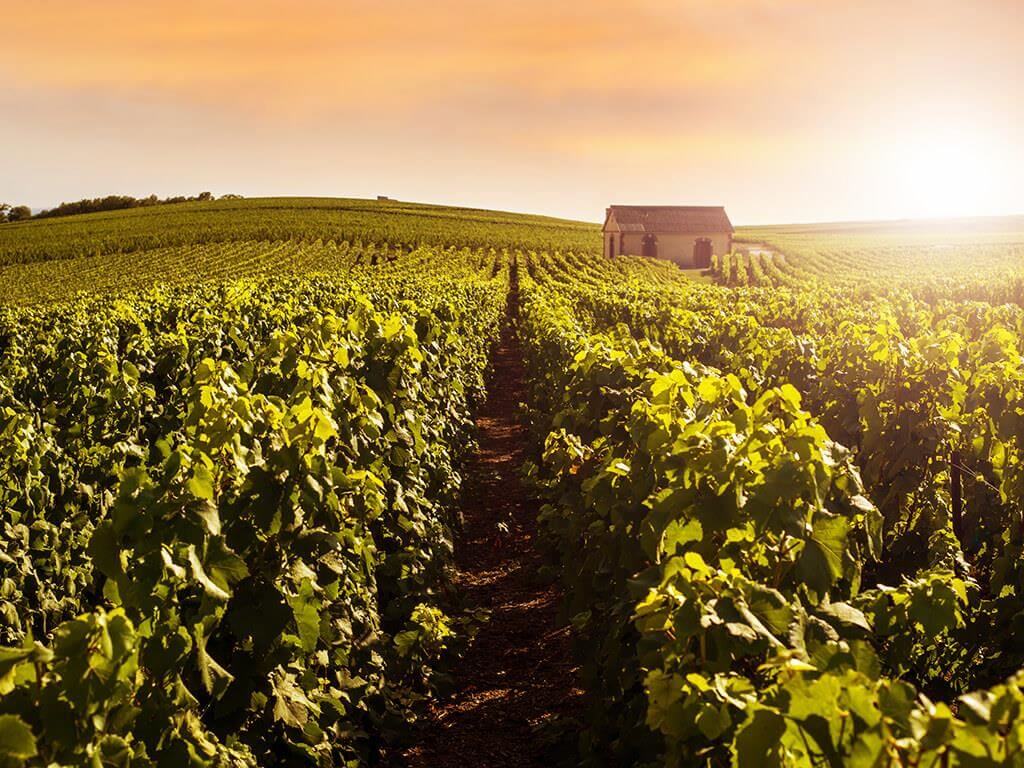 Board on your TGV train, with a first class ticket and enjoy your journey back to Paris.

Meet your private driver at the Gare de l’Est lane and start your tranfser toward Paris Charles de Gaulle Airport, in time to board on your flight back home 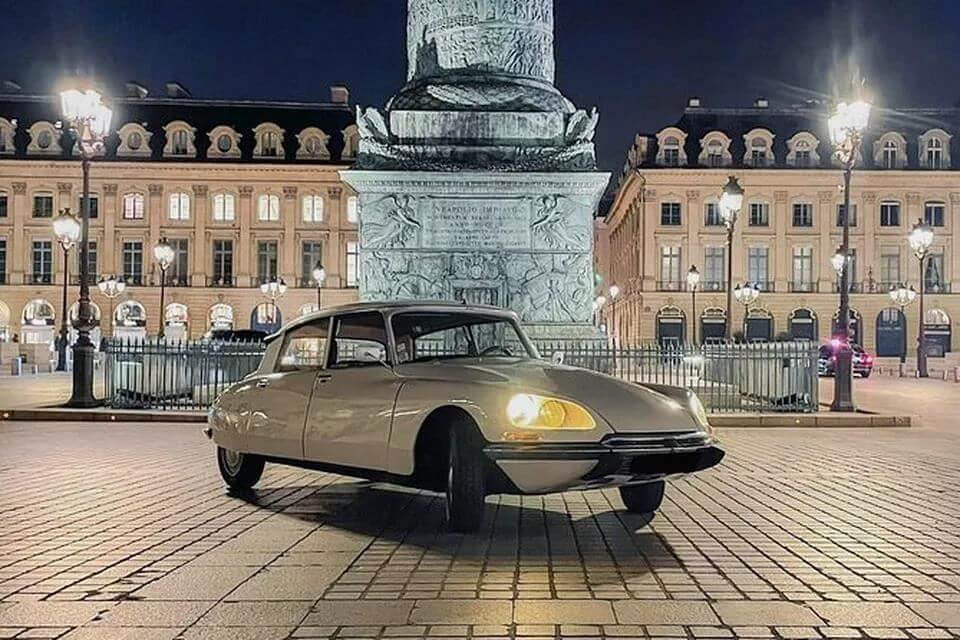 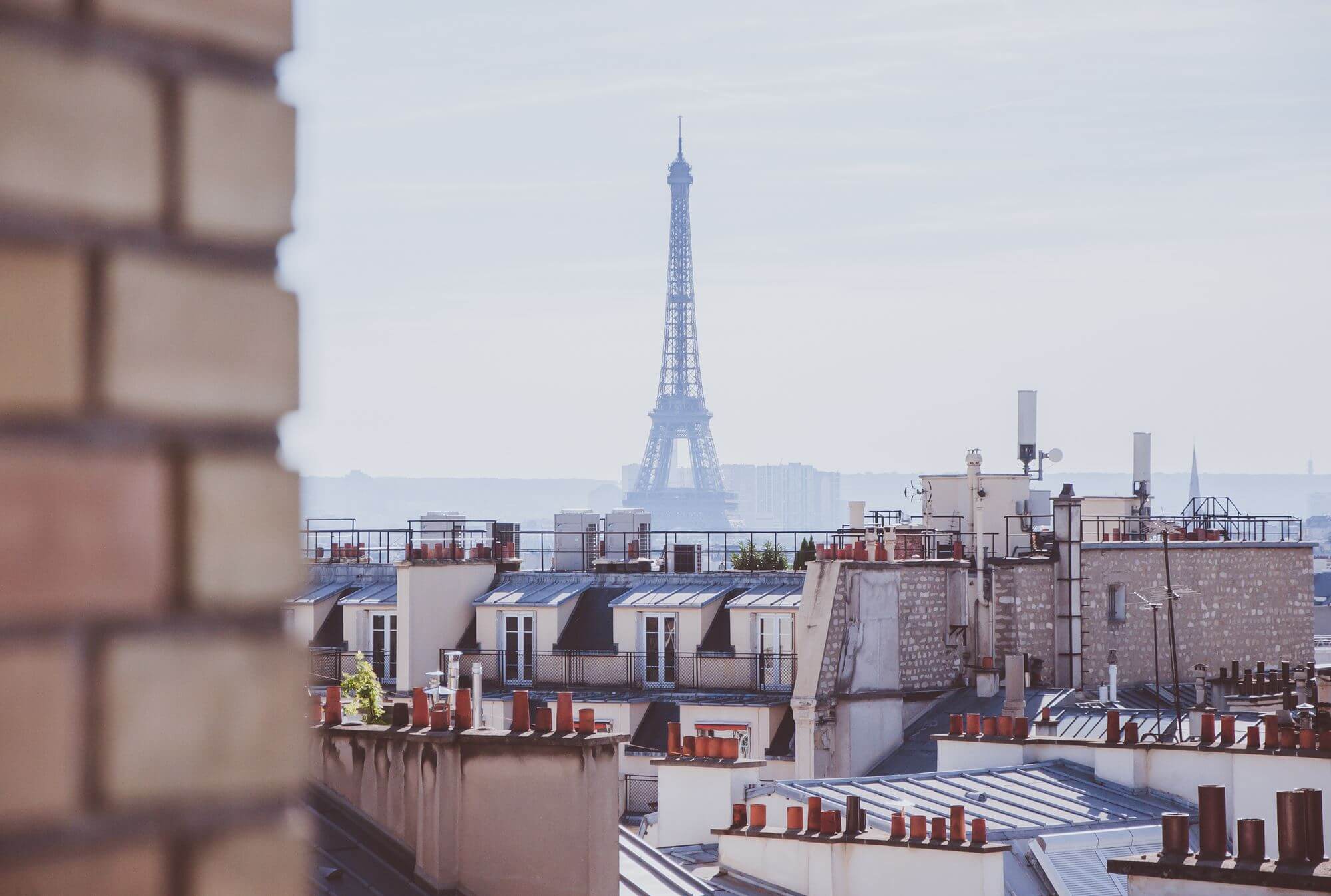 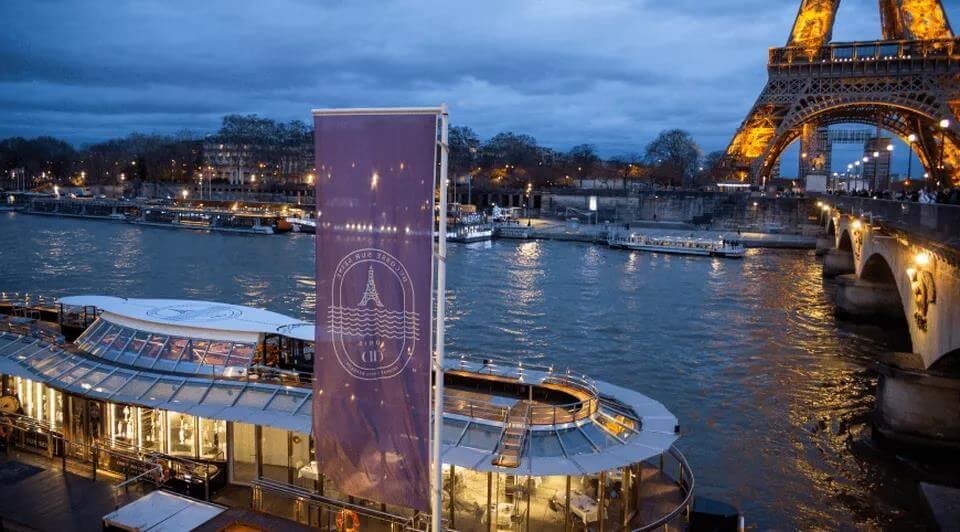